Last weekend I got into the nitty-gritty of packing up my apartment. I dove headfirst into two of the most daunting crevices of my two-bedroom flat: the bathroom shelves and those two boxes labelled ‘important papers.’

A riveting game of keep or toss?

After the warm up round of THREE HOURS going through boxes of half used bottles of lotion, sinus pills that had long since lost their packaging and more dental floss than even a judgemental dentist could shake a stick at I was ready for round two: ‘important stuff.’

Sadly, it was only 11.45, which ruled out opening a bottle of wine for at least another hour and a half – UGH.

Now, normally this would be a crap job. Old tax returns, retirement summaries, IKEA furniture assembly manuals (seriously, why do I keep this sh*t..) isn’t exactly prime reading. But it was made even worse by the fact that 90% of the papers are written in Swedish. And not regular Swedish. Official Swedish. Which is yet another foreign language only remotely related to normal Swedish.

My brain hurt. An hour and twenty minutes till I could open the wine.

So I took out the recycling, fed the cat some rancid smelling fish-shaped treats and booked a laundry time for the following Tuesday.

And the boxes were still there.

Eventually I managed to open one important-papers box, after vowing to just do a ‘preliminary sorting’ whereby I was allowed to make a ‘deal with it later’ pile.

Most of it went straight into the bin. Brochures showcasing the various nature reserves in my area, bus tickets from Zadar and wayward grocery lists that must have climbed into the important-stuff boxes themselves because never in my right mind would I think those are important. I don’t even manage to bring them with me to the store half the time.

It went pretty quickly actually, and eventually I was pulling out the larger items at the bottom of box one. Among them were a half dozen journals.

These included extensive personal accounts from my undergraduate exchange year, a summer trip to Greece, Bulgaria, Serbia and Romania, my 2008 pre-PhD trip to India, vacation in Croatia and Montenegro and a conference trip to Madagascar.

I thumbed through the first journal – my exchange year – and names started jumping off of the pages at me – names of people I met almost a decade ago and who are now still among my closest friends.

And the stories I had forgotten: when we took the boat from Stockholm to Finland and my friend hooked up with the saxophonist from the lounge band, the man we met on the beach in Goa, India who was trying (unsuccessfully) to start a cult and the receptionist in Thessaloniki, Greece who placed third in the Greek version of American Idol and called his hotel ‘Hotel A Crap Hole’ (Actually Hotel Akropol).

I also forgot that I had a popcorn obsession in Romania. I think popcorn is mentioned on almost every page. Hum. 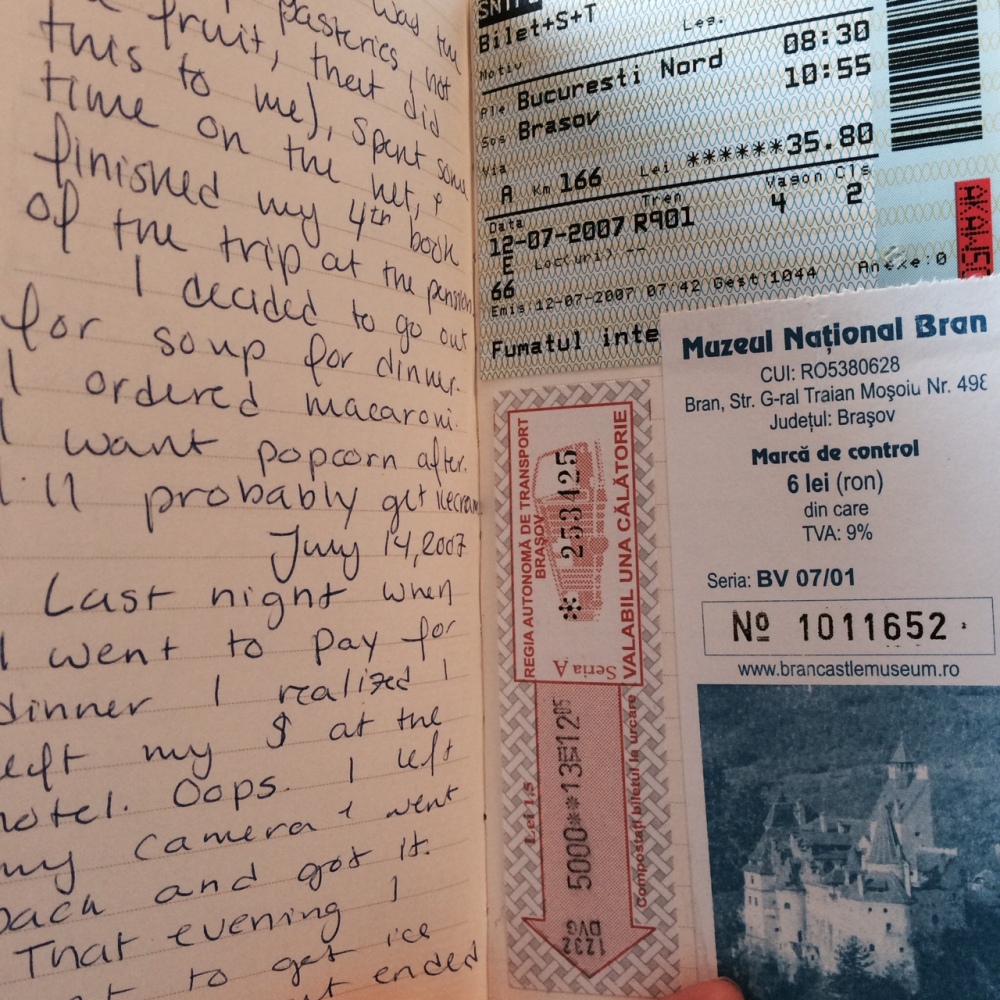 “At about 3.30 I woke up, my bladder had been agitated by the violent pitching of the boat. After a bit I went to find the bathroom. As I walked back up I felt rather drunk – the boat’s pitching made me stagger from side to side. As I mounted the stairs back to my sleep-place some old lady looked at me with a smile and in a thick German (or possibly Greek? It was early.) accent says ‘Don’t panic!'”

“We arrived in Zabljak [Montenegro] in the evening and popped by a hut that passed as a tourist info centre. Inside sat an older woman chain smoking behind the counter with a German Shepard on the floor and a little white rabbit on the table. … As we were leaving the British lady [who had been speaking to the chain-smoker] popped her head back in: ‘I’m sorry, but I have to ask. Is the bunny a pet, or dinner?’ The woman drew on her cigarette and responded with an unclear ‘It is my daughters.'”

“It was a typical hired driver in a Landrover experience.”

“On the road we listened to what sounded like a sped-up remix of ‘Land Down Under’ sung by someone who didn’t really know the lyrics.” 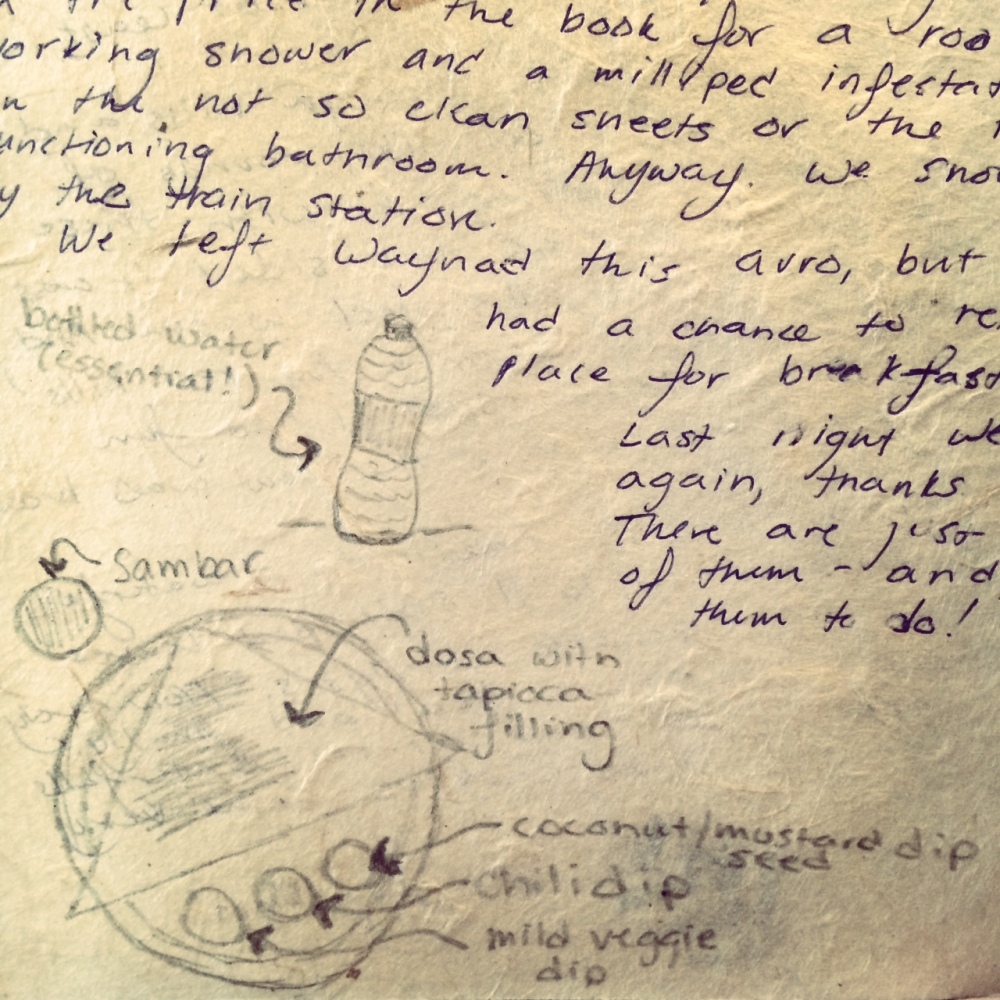 I write for me.

There are so many unexpected stories and fleeting moments in the life of a traveller, most of them bring a smile but are quickly forgotten. We only blog about the most striking, major events on the road, not the little background noise instances that make travel what it is. It is these moments we, as travellers, internalise – and I think this is what is so hard to explain to those back at home. It is part of why we travel.

And that is why I write it down. Not for you, but for me. Even as a seasoned traveller I find myself on the brink of a prolonged trip to Cambodia thinking – ‘But what will I do with all my free time? Won’t I get bored?‘

To answer my own question all I need to do is flip through the pages. In reviewing a decade of trips I realise there is never a lull. Though if there is, I can use that time to catch up on writing down all of the stories from the preceding days or weeks.

I look forward to my retirement, when I can look back at my life and all the bits and pieces I have forgotten. Though somehow I am sure my wanderlust will not have vanished by then, and I will still be keeping a journal – but for whom I don’t know. There is always something more to see and something left to remember. 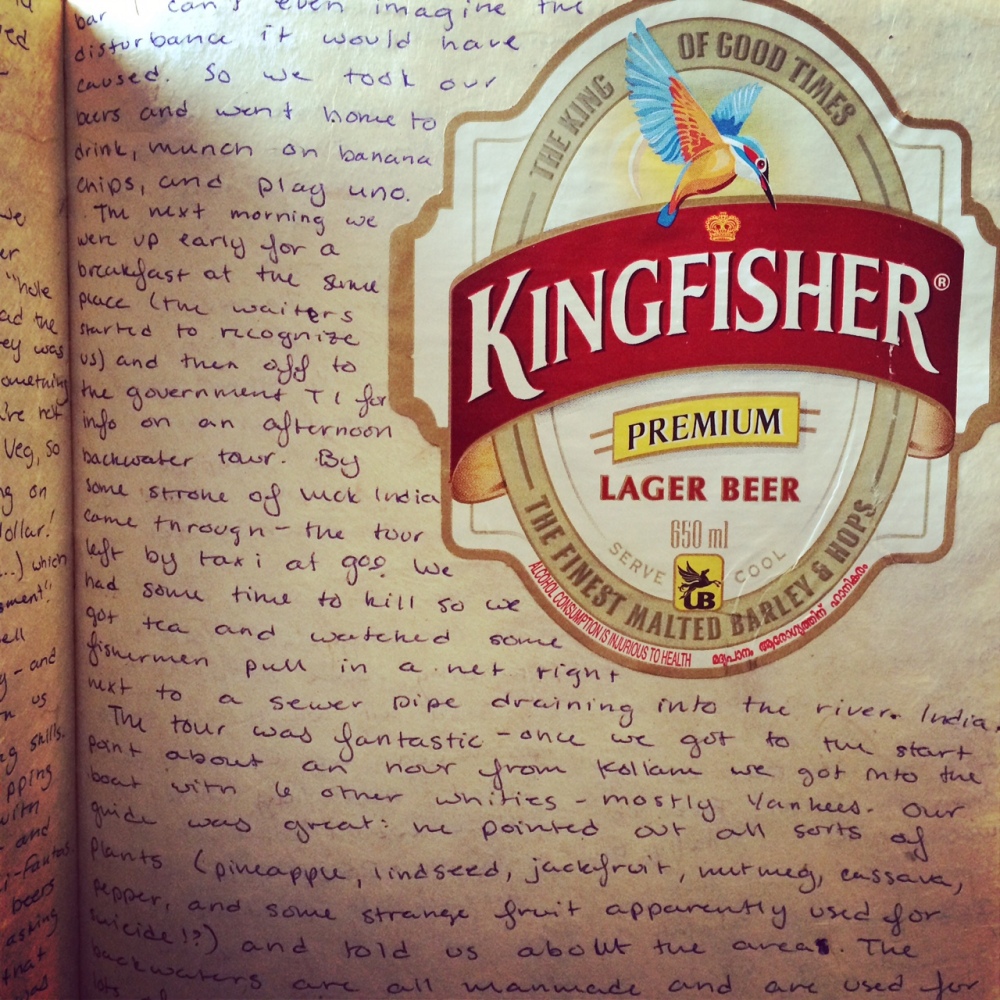