France is the most-visited country in the world. We have these impressions of its jaunty parapluie-lined beaches, the castle-lined hilltops and its status as a gastronomic Mecca, overflowing with wine.

But what does it mean to be French? It isn’t all about sitting at cafés, reading Le Monde, smoking cigarettes and baffling the Americans with a diet of cheese while displaying perfectly protruding collarbones… right?

After two months in France I can’t say I have even half an idea what it is to be a frog. I’ve spoken more Swedish than Français, gained a fair few croissants worth of padding around my hips and shown up at the shops during the mid-day closing hours more often than during the morning or afternoon opening times.

However, I have come to one perhaps obvious conclusion:

France is not entirely the progress-avoiding, whimsical land of my imagination.

This is apparent in the yogurt I buy (it is hard to find a jar that isn’t Nestle or Activa), and was also painfully evident when we came across this baguette vending machine in a small village a few hours south-west of Paris: 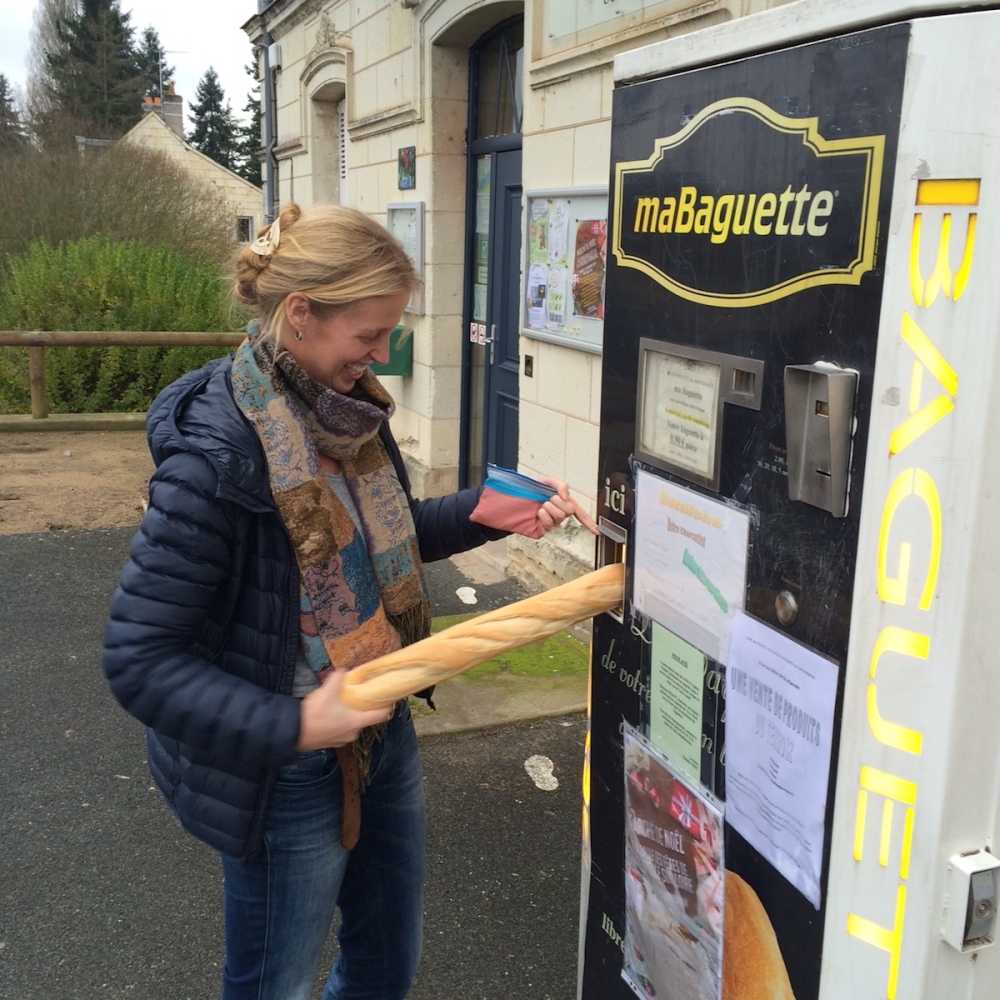 After buying this (stale) baguette we re-installed it in the bread-delivery slot for the next person. After all, what kind of respectable tourist buys their pain from a box when there are boulangeries on *almost* every corner?